Taste the warmth of the holidays and delight your taste buds by mixing yourself a simple, yet delicious Cinnamon Roll drink. 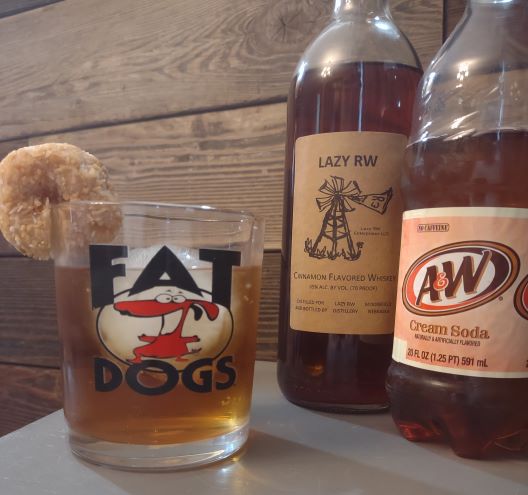 Who doesn’t love a recipe that is easy and delicious? Once you have your ingredients it’s time to become a mixologist (what a fancy name you can dub yourself). To start, fill your drinking cup with ice, pour in a shot or two of cinnamon whiskey. We prefer Nebraska’s very own Lazy RW Distillery out of Moorefield, Nebraska. Next, top your drink off with cream soda. Again, we a partial to our Fat Dogs Cream Soda – yum! Now you can choose to drink as is, or have a little fun and add  garnishes to your drink. We suggest sprinkling the top with a little cinnamon and sugar and could even add a cinnamon sugar mini donut to the rim. And if you are drinking this Cinnamon Roll Delight then it’s safe to assume this donut garnish will be a big hit!

PRO TIP: Want to take it to go? Pick up a cinnamon whiskey shooter and add it directly to a can or bottle of cream soda, after you take a couple drinks of course. 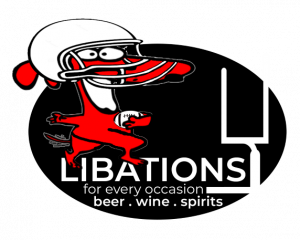 Fill your cup with ice.

Pour 1 – 2 shots of cinnamon whiskey over the ice.

Top off glass with cream soda.

Garnish time! Leave as is or add a dash of cinnamon sugar to the top. You can even live on the wild side and add a little donut to the rim of the glass. 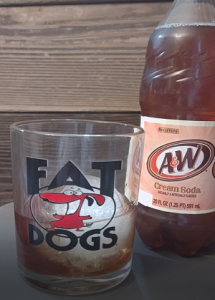 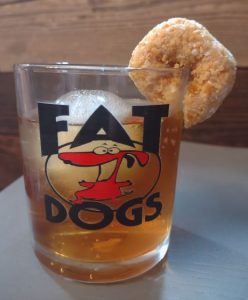 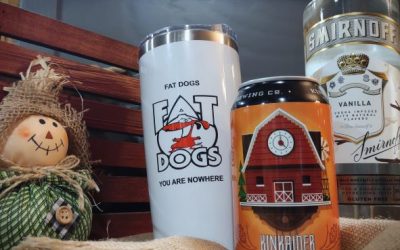 Not often can you elevate an already delicious beer into a bomb of a drink. But, here we are, doing it and sharing our dangerously good Oktoberfest Bomb Recipe.

END_OF_DOCUMENT_TOKEN_TO_BE_REPLACED 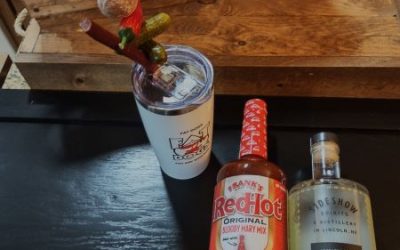 Start your tailgate day off right by mixing yourself a simple, yet delicious bloody mary drink. With only 3 must-have ingredients, it’s sure to be a crowd pleaser. Check out the full recipes for pro-tips and tricks to “wow” the crowd.